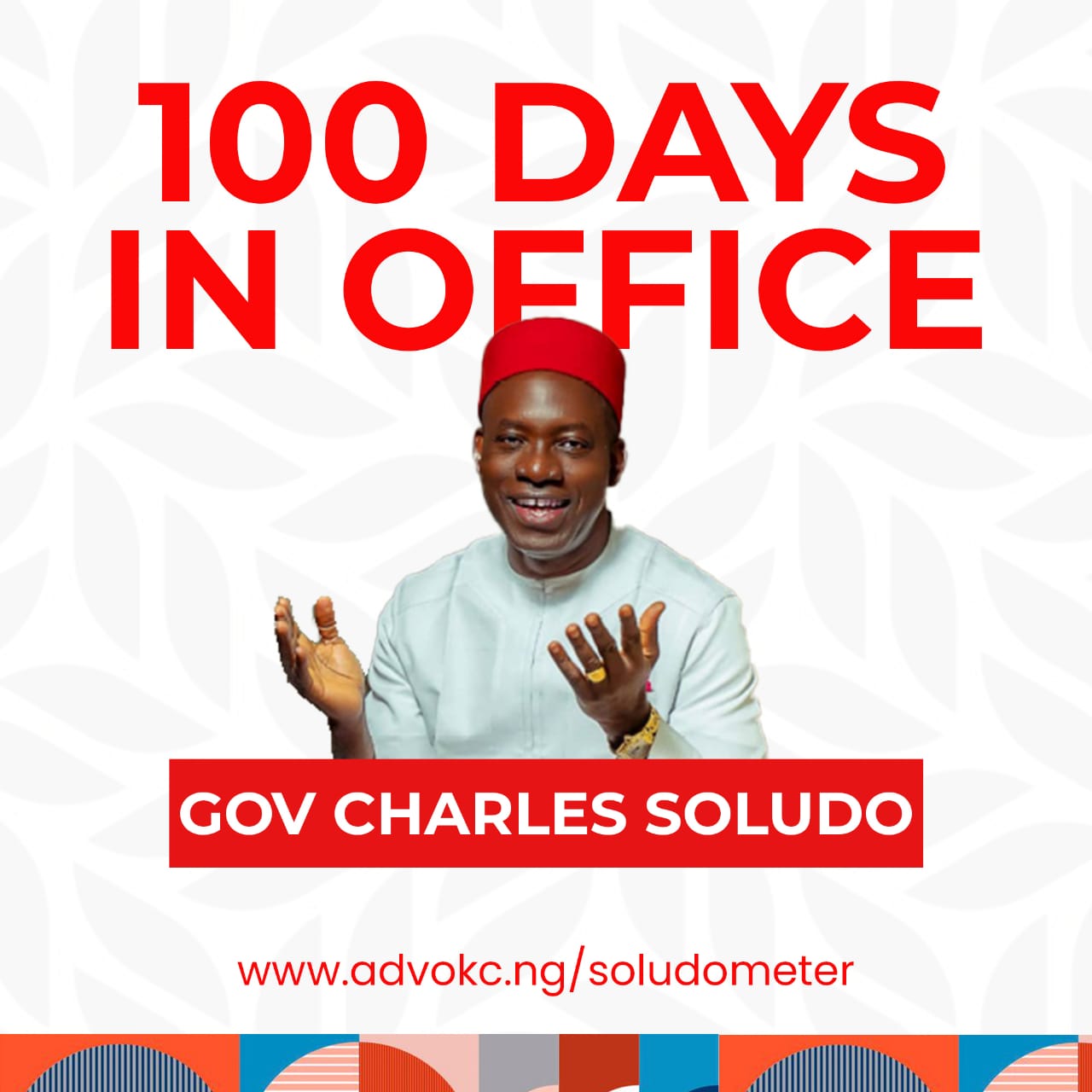 Governor Charles Chukwuma Sọludo came into office as a beacon of hope to the people of Anambra state. His past stint as the Governor of the Central Bank of Nigeria gave people high hopes about the administration. Sọludo's manifesto was a long list that looked like all will be well.

Governor Charles Chukwuma Sọludo came into office as a beacon of hope to the people of Anambra state. His past stint as the Governor of the Central Bank of Nigeria gave people high hopes about the administration. Sọludo's manifesto was a long list that looked like all will be well. Especially with the struggle of past administrations like reviving the economy of the state, tackling environmental issues, social agenda and a value system that espoused the rule of law in governance.

After Sọludo won the election, his warm-up to his governorship days was energetic. The Governor-elect announced that there would be no fanfare or celebration at his inauguration, and that afterwards he will commence work rehabilitation work at Okpoko, the biggest slum in the state. The Governor kept to his word in this respect and was in Okpoko the following day as seen all over the news. He stood at the centre of the slum and spoke of the plans he had for the place, and for Anambra as a whole where many places have become dumps. The operation to make Anambra tidier, he called, “Operation Clean up Anambra.” And shortly, there were trucks and bulldozers all over Onitsha and various parts of Anambra trying to clean up the state. The first few couple of weeks of the governor's administration seemed to be on the path to cleaning up the state. 100 days into office, it is not very visible, the progress Governor Soludo’s government has made in trying to move the state forward.

One of the persistent complaints the Governor made as he assumed office was how the state was broke because the past government only left only 300 million Naira in the state coffers, and the state was neck-deep in debt. Hence it was only natural that the economy was at the forefront of his agenda as governor. Governor Soludo has listed agriculture, technology, power, and tourism as some of the means with which he aims to rejuvenate the state economy in the long term.

At AdvoKC we collated 100 of the promises made by the Sọludo Solution team and it was stated that by the first thirty days of office, the office of the Governor will release a timeline by which it intends to accomplish its promises. But by the thirtieth day, there was no timeline published, and 100 days into its administration, there is still no timeline published.

Apart from that Sọludo seems yet unable to figure out his plans properly, even the multitude of problems he tried to solve immediately after the assumption of office remains largely unsolved. There have largely been no improvements in the management of the state environment. The waste management board has not taken to doing its job better as mighty heaps of rubbish dumps are still very rampant in the state, and the commercial areas of Onitsha and Obosi still as filthy as when he took over, it is evident that the government is yet to set up an efficient waste management board.

On rejuvenating the economy through agriculture, the governor recently flagged off the beginning of the farming season in the state, declaring that the state will now take up farming in the model of Dr. Michael Ọkpara, the architect of Eastern Nigeria. According to the post on his official Twitter page, “Our policy on regenerative Agriculture will kick start the palm revolution, as in the days of Michael Okpara; commence the coconut economy in Anambra, and valorize redundant forest reserves. Regenerative agriculture is the new old way of farming. The difference is that today we have tools and skills that enable us to monitor and manage natural processes for optimal efficiency."

In addition, Governor Sọludo promised that on an assumption of office he would engage the agitating groups in the state to end the IPOB sit-at-home so that businesses can return to normal in the state but on assumption to the office, he did not go about this as he had promised. Instead, he fixed a statewide mass in the catholic church and announced the day as the official end of the sit at home. But after a scanty service, the sit-at-home became more intense and closed up more businesses. This led the Governor to seek a better approach which led to him visiting Mazi Nnamdi Kanu in DSS custody where he is being detained. It seems he has made a bit of progress, but the challenges persisted. This led the Governor to declare a curfew in eight local governments and set up an inquiry into the killings in Awka. Recently the office of the governor released a list of wanted people who have been suspected to be behind some of the killings in the state with a bounty for anyone with information about them. Meanwhile, the governor had also declared a curfew in 7 local government areas of the state to curtail some of the security issues.

Asides from the security issue in the state, the issue of touts intimidating drivers and market women still remains. These touts or Agbero as they are popularly called are still rife in places like Onitsha, causing problems and collecting money from traders and transporters. After Sọludo assumed office, most of these people left the road but returned very shortly afterwards. The immediate past administration started well with this, but by the end of the administration, the problem of touts was far more than when Obi left office in 2014. Sọludo's government in this respect has not shown enough direction or aim.

Sọludo’s first 100 days in office have been far from being remarkable. The whole state is still filled with smelling streets. The state waste management board seems to be underperforming as it was under the previous administration. His administration is yet to crack down on insecurity or cult-related activities in any remarkable way. Not much has been done for education either. Sọludo's government could do with a bit more direction. The Governor might try to achieve this by attending to one issue at a time and not trying to solve everything at once.