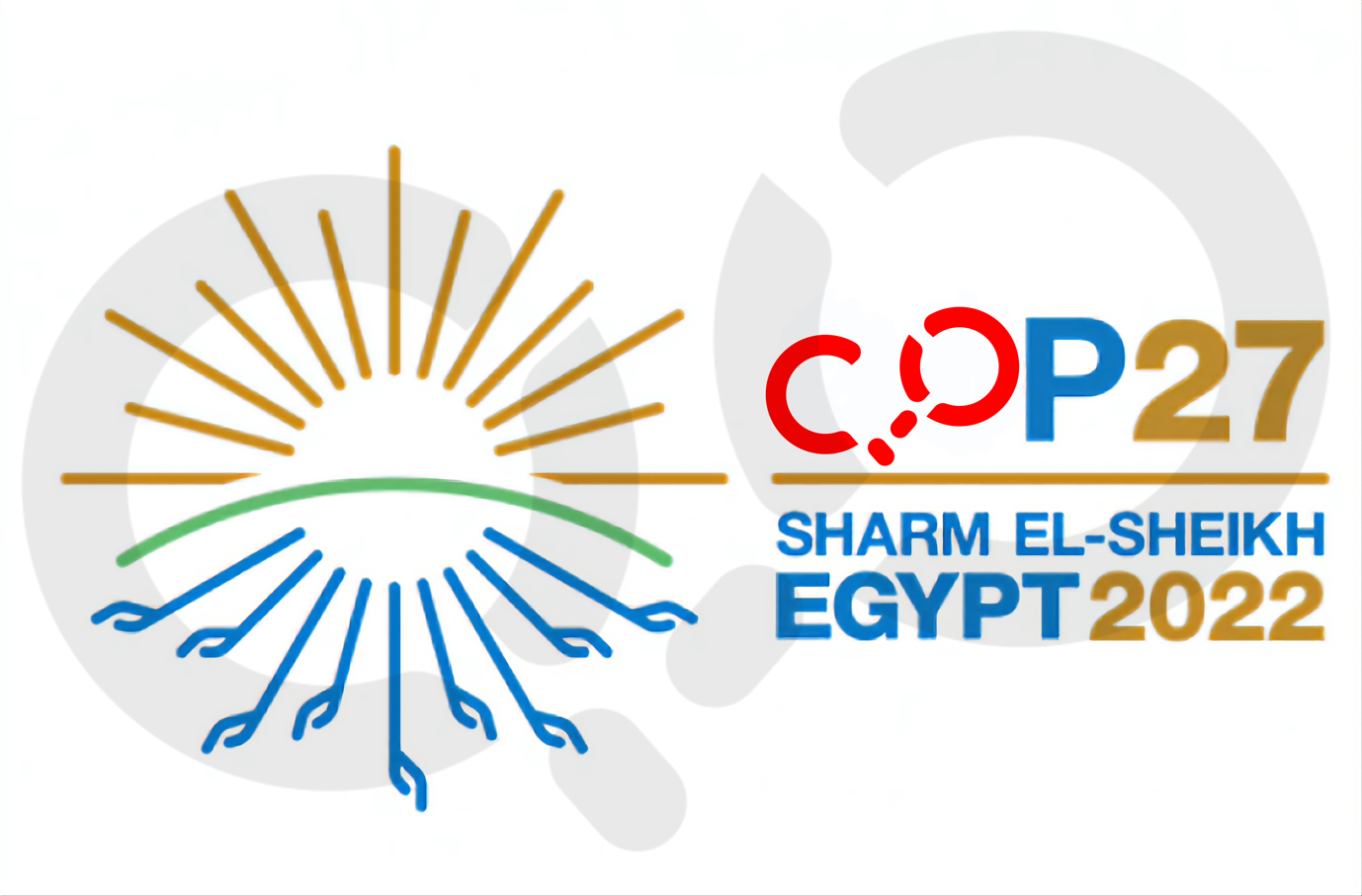 In a world presently punctuated by tensions, wars, inflation and other social and economic problems, global warming is relegated to a lesser issue. The governments of the world are all trying to save their economies and social and institutional stability.‍

In a world presently punctuated by tensions, wars, inflation and other social and economic problems, global warming is relegated to a lesser issue. The governments of the world are all trying to save their economies and social and institutional stability.

It is in such a context that the COP 27 was held in Sharm el-Sheikh, Egypt, and one reasonably wonders if promises made in such a situation can have any chance of being kept, given that we already do not see the concrete implementation of the resolutions taken at previous international conferences on climate. Unfortunately, we have to admit that the usefulness of the COPs is not felt on a daily basis, because Africa, like the rest of the world, is warming up in a worrying way. For we notice that every year since the last century, the emissions of greenhouse gases are increasing, and that the conferences to reduce them do not lead to palpable results.

First, let's remember that to succeed in limiting global warming to 1.5°C above pre-industrial averages, we would need to reduce our greenhouse gas emissions by almost 45% by 2030. That's less than 8 years away. And we are not on track. The 2022 report on the gap between emission reduction needs and prospects shows that if everyone were to meet their current commitments, we would be on a path to +2.4°C by the end of our century. The final declaration of COP26 called for raising ambitions in this regard by the end of 2022. Few countries have done so. And carbon dioxide (CO2) emissions are unfortunately still rising.

To return to the concrete promises made at COP26, let's take the example of the commitment made in Glasgow to get out of coal. Among the countries that signed up is Germany. Germany, which committed to closing its coal-fired power plants by 2030, had just a year later announced plans to extend the operation of some of them until spring 2024. And it has begun to dismantle a wind farm in the west of the country, leaving a little more room for the already colossal Garzweiler lignite mine. More broadly, the global demand for coal has exploded in recent months. So much so that already this summer, the International Energy Agency predicted that consumption would reach a record level this year!

On another level, and on a slightly different time scale, the promise made in 2009 by the countries that have historically emitted the most CO2 to finance the fight against climate change to the tune of 100 billion dollars per year from 2020. Under the convention signed at the time, the United States, for example, should have paid nearly $40 billion two years ago. It has only paid out... 8! Fortunately, Germany, France and Japan, for example, have contributed more than their share. Even if it is mainly in the form of loans.

The financing plan published at COP26, on the other hand, planned to finally reach the target of 100 billion dollars per year... starting in 2023. And discussions were held at COP27 to raise and clarify this objective beyond 2025. To be continued...

President Muhammadu Buhari in a recent op-ed in the Washington Post decided to criticize Western nations for their flagrant violation of previous climate agreements. He echoes the sentiments of most leaders in the Global South who have to bear the brunt of climate change disaster due to the non-committal attitudes developed nations have in combating the global crisis.   Buhari was prompted to do so after the devastation caused by this year’s seasonal flooding which is the worst natural disaster Nigeria has faced in over a decade. Only 2 states of the country’s 36 states were spared by the imminent destruction which displaced about 1.4 million people, and has a human death toll of more than 600, it also includes the countless loss of properties & houses and the desolation of about 110,000 hectares of arable farm land. President Buhari cites that Africa contributes less than 3% to global emissions  but suffers the consequences far more than the western counterparts. He therefore calls for greater funding from Western nations to help countries like Nigeria facing climate-related disaster to better adapt to the effects by investing in adaptation infrastructure like flood prevention systems.  Buhari also urges the west to refrain from telling Africans how best to utilize its own resources, he makes a valid point by stating that most  Africans live in poverty and  lacks access to power and that current energy demand cannot yet be met solely through renewable energy. Buhari angry at the glaring hypocrisy says:

“Don’t tell Africa that the world cannot Afford the climate cost of its hydrocarbons--and then fire up coal stations whenever Europe feels an energy pinch. Don’t tell the poorest in the world that their marginal energy use will break carbon budget-- only to sign off on new domestic permits for oil and gas exploration. It gives the impression that your citizens have more of a right to energy than Africans”

Furthermore, Buhari also chastises the West for the role it plays in exploiting African resources when it sets up so called green policies dictating that Western Government and multi-lateral lenders stop funding overseas fossil fuel exploration. Thereby stagnating the development and growth of Africa.

Another example of promises made at COP26: to reduce emissions of methane (CH4), another potent greenhouse gas, by 30 percent by 2030. While preliminary figures from the European Copernicus program show a further increase in these emissions between 2021 and 2022 -- the exact origin of these emissions has yet to be determined. And that the report of the WMO, the World Meteorological Organization, gives a concentration of methane in our atmosphere of 262% that it was during the pre-industrial era!

The same goes for deforestation, which must be stopped by 2030. Brazil is one of the signatories of this commitment. However, in the first half of 2022, deforestation in the Amazon reached a new record pace. Even if, more globally, the rate of deforestation in the world is decreasing. Slowly... It remained 10 million hectares per year between 2015 and 2020.

Very generally, a report published at the end of October concludes that there is no sector in phase with the objectives set so far for 2030 and the ambition to limit global warming to 1.5°C above pre-industrial values. To avoid climate catastrophe, the targets will have to be increased in some cases by a factor of 10. Or more...

IS COP 27 JUST ANOTHER ANNUAL MEETING?

So are the COPs nothing more than a way to make nice promises? Not quite. These meetings are nevertheless unavoidable. Because the climate issue is international. It cannot be resolved within the borders of one country.

A year ago, the President of the United Nations Environment Programme (UNEP) confirmed that "we must put in place the policies necessary to respect the commitments made and start implementing them in the coming months. Today, some people like to call this COP27 the "COP of implementation". Will it really be?

One of the points that still takes up a lot of space on the agenda is the delicate question of financing the energy transition of developing countries.

They are demanding more money from developed countries, which have not kept their promise to increase their aid to $100 billion a year to reduce emissions and adapt to the impacts of global warming (only $83.3 billion has been funded in 2021). "The $100 billion question comes up very frequently in discussions," says a member of the French delegation, who refers to a "totemic" figure that is cited regardless of the topic.

Some developing countries are also asking for the establishment of a specific mechanism to deal with the "loss and damage" suffered as a result of global warming. Identified as one of the main issues of this Cop which is being held on African territory, this issue seems to have made little progress.

Some rich countries, such as Austria, Ireland, Denmark or Belgium have certainly promised some subsidies. France, it is recalled in Paris, will pay 20 million euros per year. But these contributions remain symbolic, far from the ambitions and needs of the Southern countries. "The announcements are counted in millions while the needs are in billions," regrets the Climate Action Network.

As for the organization of this aid, "we will not be able to establish a financing facility," explains the French delegation. However, it should be determined "a robust process to make the decision at the next Cop", it is estimated. "The discussions are very constructive. These could "focus on the fact that insurers contribute, so it would no longer be an international fund that would contribute to the States," explains Marta Torre-Schaub.

France recalls that means of action already exist. "We have all sorts of funds that can be used," explains a member of the French delegation. However, specialists consider these funds to be insufficient.

It is therefore with a redundant feeling of words rather than actions that this umpteenth international conference on climate ended. We simply hope that the governments of the world will do what is necessary so that at least the industrial habits that are devastating for the environment begin to change. Because if not, the natural hazards that are becoming more and more frequent, as we have recently seen in Nigeria with deadly floods, will continue and get worse.