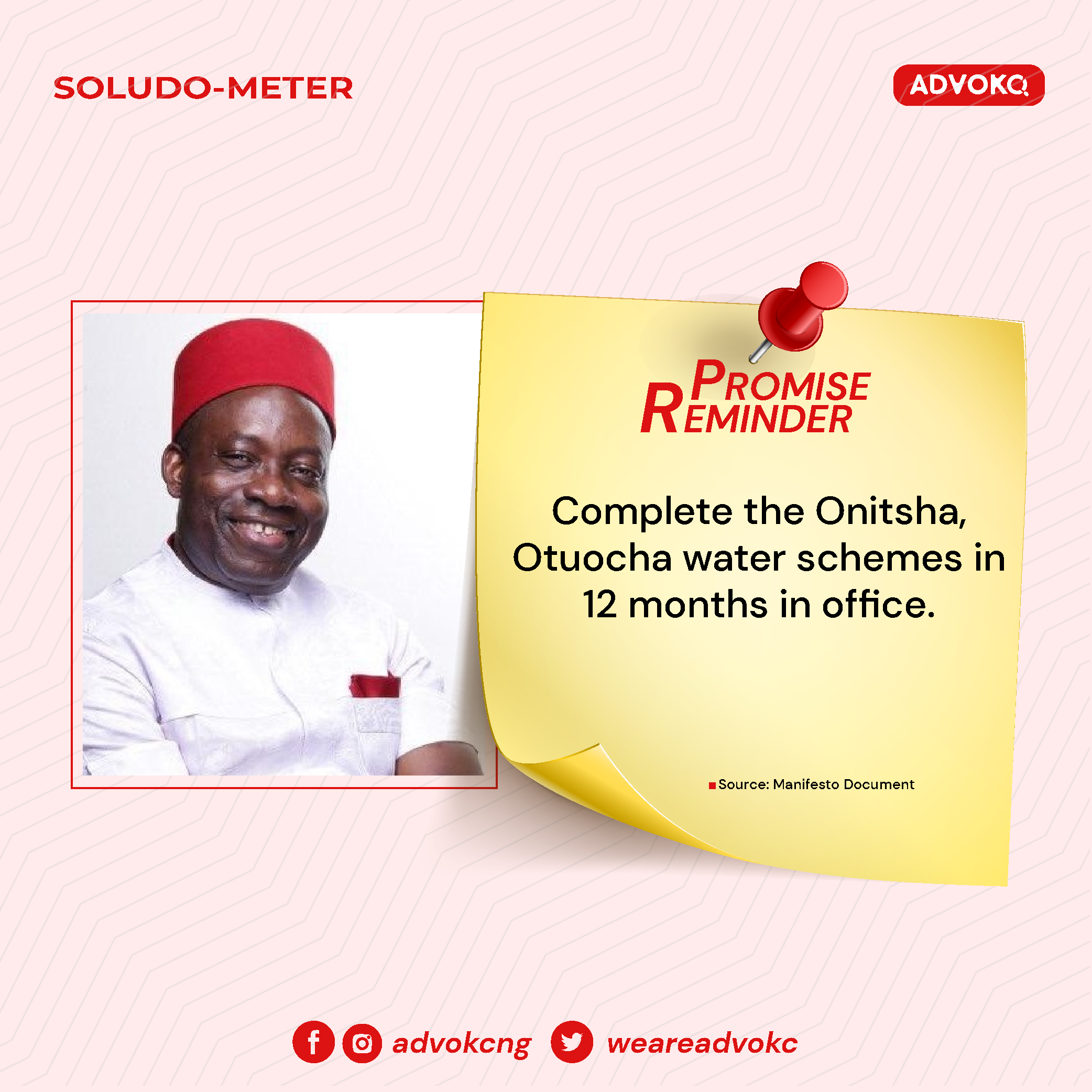 PROMISE REMINDER: 4 months to the deadline, Soludo is yet to commence work on the Otuocha water scheme

In his manifesto titled, Soludo Solution, the Governor of Anambra State, Prof. Charles Chukwuma Soludo promised to complete the Onitsha, and Otuocha water schemes in Anambra state within 12 months.

On Tuesday 22nd November 2022, Advokc’s tracker in Anambra state, visited the Otuocha water scheme located around the Omambala river. The Otuocha water facility is co-funded by the Anambra State Government and the European Union.

Our tracker reported that the facility looked deserted and that some parts of it had been overrun by weeds. In his words, “The place looked abandoned and was filled with weeds by the entrance, even the inside was filled with weeds. Because of the weeds, I found it difficult to get good photographs of the water treatment plant.”

A security man who was on duty at the facility the day our tracker visited confirmed that the Soludo administration had not commenced work at the facility. He also said he had been trying to make calls so the weeds that had taken over the place could be cleared down to no avail.

Our tracker was informed that the facility stopped working since the pipe that brings water from the river got broken.

It’s 4 months to the 12 months timeline the Governor set for the completion of the project and nothing has been done yet. We urge the Governor to fulfil his promise to the people of Anambra by completing the Otuocha scheme as well as the one in Onitsha.