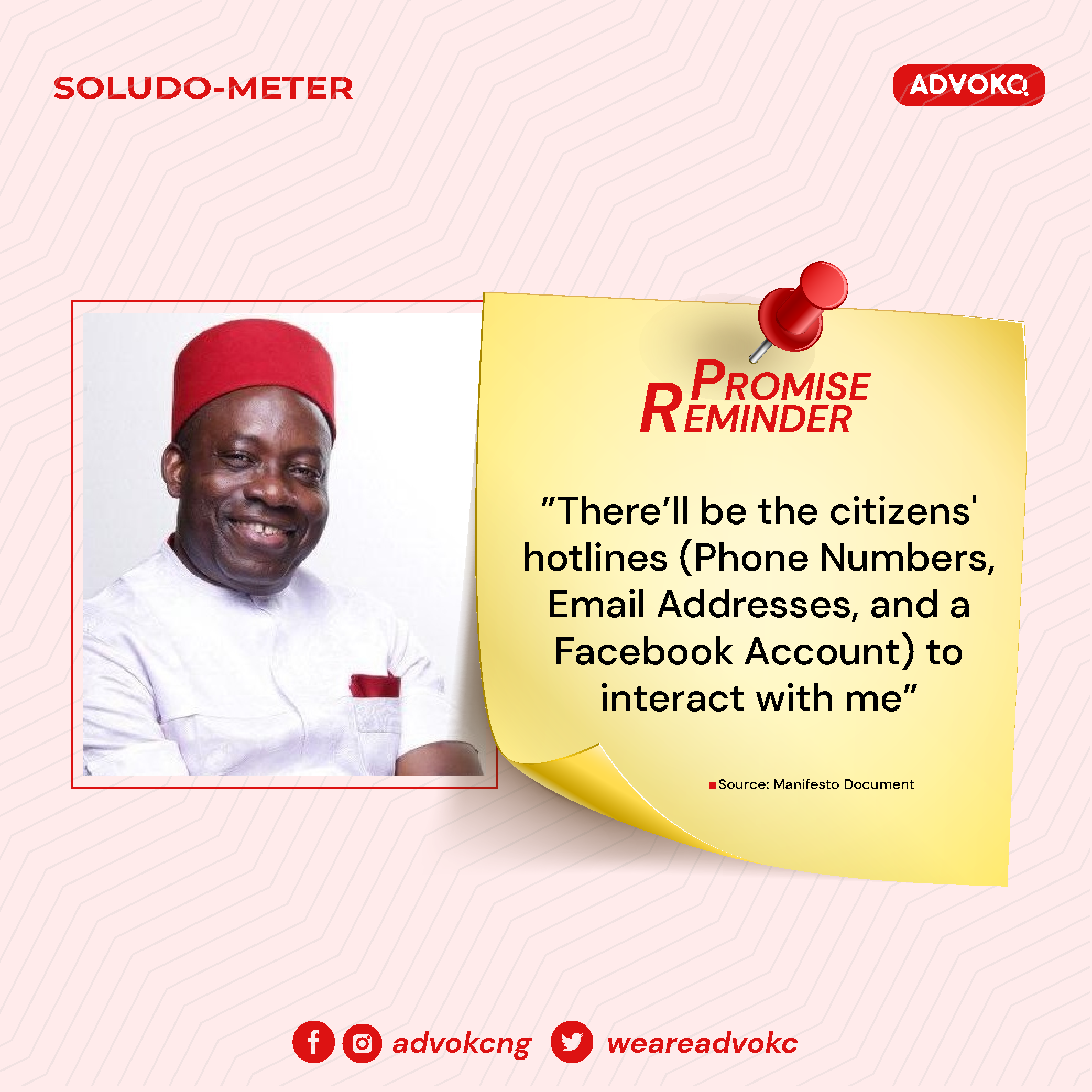 PROMISE REMINDER: After eight months, Soludo is yet to set up citizens’ hotlines, email addresses and social media accounts

PROMISE REMINDER: After eight months, Soludo is yet to set up citizens’ hotlines, email addresses and social media accounts

The Anambra state Governor, Prof. Charles Chukwuma Soludo In his manifesto titled, Soludo Solution, promised that there will be hotlines (Phone Numbers, Email Addresses and Facebook Accounts so citizens can interact with him.

Promise: ”There’ll be the citizens' hotlines (Phone Numbers, Email Addresses, and a Facebook Account) to interact with me”

Setting up hotlines, email addresses and social media accounts for citizens of Anambra state are actions that are sure to encourage and increase citizen participation in government, a cause which the Governor takes a stand for.

For someone who promised to hit the ground running from day one, it’s been eight months and no hotline(s), email addresses or social media accounts have been set up for the purpose of interaction with citizens. This promise is one AdvoKC expects the Governor to have checked off by now because it takes less than 2 hours to set up either of these.

We urge the Governor not to leave this promise on paper.