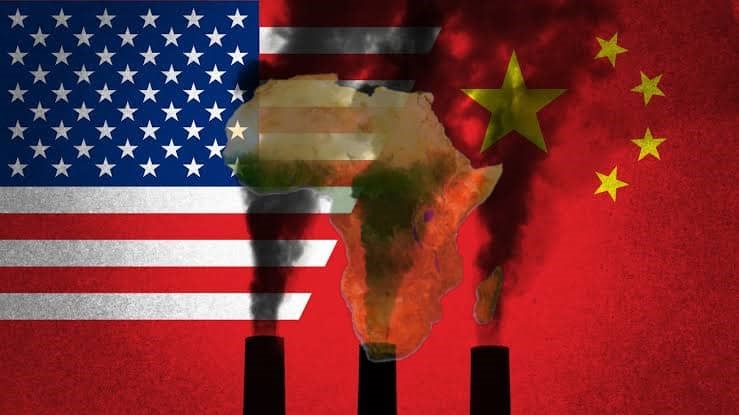 The climate challenge is a global challenge, a matter that concerns all nations of the world. The decisions inherent to this problem are therefore taken in common, during international summits in which the leaders of the whole world agree on the way to save our planet. This requires a certain cohesion between the main industrial powers, the majority contributors to global warming. Unfortunately, in the context of international tensions, the first victims are diplomacy and the agreements it has made possible. The slight progress made on climate change is therefore threatened when countries move away from each other diplomatically.

It is undeniable that international disagreements have an impact on the climate, simply because they undermine the economic arrangements of industrial powers. When Russia invades Ukraine and Germany, Europe's leading economic power decides to reduce its imports of Russian gas, it turns to coal, which is highly polluting. When Nancy Pelosi, President of the American Parliament, decided to go to Taiwan, China reacted by withdrawing from the climate talks with the United States. And for the past two days, the North Stream gas pipeline linking Russia to Western Europe has been the victim of massive leaks for which both Russia and the United States accuse each other.

In November 2021, China and the United States, the two main polluters of the planet, created a surprise at the world conference on climate (COP 26) in Glasgow. They signed a joint declaration and pledged to "take enhanced action to raise their (climate) ambitions in the 2020s".

The text provided for increased cooperation in several areas, including the reduction of methane emissions - a greenhouse gas much more emissive than CO2 - the development of renewable energy and the electrification of fossil fuel-consuming sectors. The two countries also agreed on the need to hold regular discussions on the subject.  But China-U.S. climate cooperation is not limited to this one agreement and has been going on for over a decade. Already in 2014, the two powers had reached an agreement in which they committed to reversing their steadily rising greenhouse gas emissions. This text had laid the groundwork for discussions that were to lead, a year later, to the signing of the Paris climate agreement, in which most of the world's countries committed to limiting warming to below 2°C.

Without further comment from the Chinese authorities, it is currently difficult to estimate how the end of this cooperation will materialize and whether this is a shift in Beijing's international climate policy or a simple gesture of bad temper. The result is the same: China will cancel its participation in this bilateral agreement that could have done the planet some good.

Still, it is important to ask whether even the agreements signed with great fanfare in front of the media are being implemented, as voters in the various countries concerned are not taking them into account. In India, for example, another major polluter, climate change is hardly, if at all, mentioned during election campaigns.

India and Pakistan (which are currently experiencing severe flooding) are the most vulnerable countries to climate change, yet on the platforms of the country's largest parties, the ruling Hindu-nationalist BJP and the Indian National Congress, the environment has made only a passing mention, a few paragraphs at the very end of hundreds of pages of pledges. Neither has proposed a credible exit from India's dependence on coal, a water management plan, or legal constraints to ensure that existing climate plans are implemented.

It's a total failure in terms of environmental policy," says Richard Mahapatra. The parties don't have the intelligence or the long-term vision to take the necessary action. Instead, they respond to every drought, and every flood, with crisis management. There is no comprehensive plan to act on a national scale for prevention and adaptation."

The most affluent citizens, those who have the most influence on political decisions being spared the ecological disaster and living in their comfort, the country is one of the most undecided about climate resolutions.  The lack of political attention to environmental issues is linked to inequality in the country, which means that the people most affected by the changes are also the poorest. The social situation in India does not allow for fundamental changes on the subject," explains Mridula Ramesh, author of India's Climate Crisis and What We Can Do About It. The people most affected by climate change are the poorest, and so they vote for what improves their lives in the short term, they can't project."

Africa is suffering "severely" from the consequences of climate change, said Thomas Kwesi Quartey, Deputy Chairperson of the African Union Commission (AUC), pointing out that the continent is responsible for only 4% of global greenhouse gas emissions. The most vulnerable populations of the African continent are the first exposed to the risks of climate change because of the limited means to react against greenhouse gas emissions, the deputy chairperson told the press, on the eve of the AU Heads of State and Government Summit, which opens Monday at the African Union headquarters in Addis Ababa.

The frequent occurrence of extreme weather events caused by climate change has increased the risk of famine and malnutrition for African populations, the official warned.

Focusing on the impact of greenhouse gas emissions on the agricultural sector in Africa, which employs about 90 percent of the continent's rural population, the deputy chairperson of the African Union Commission estimated that about two-thirds of the populations of sub-Saharan Africa are subject to the effects of climate change because they are dependent on subsistence agriculture.

The negative impact of climate change on Africa came back to the forefront of the world stage after U.S. President Donald Trump announced in June that his country would withdraw from the Paris Agreement on climate change.