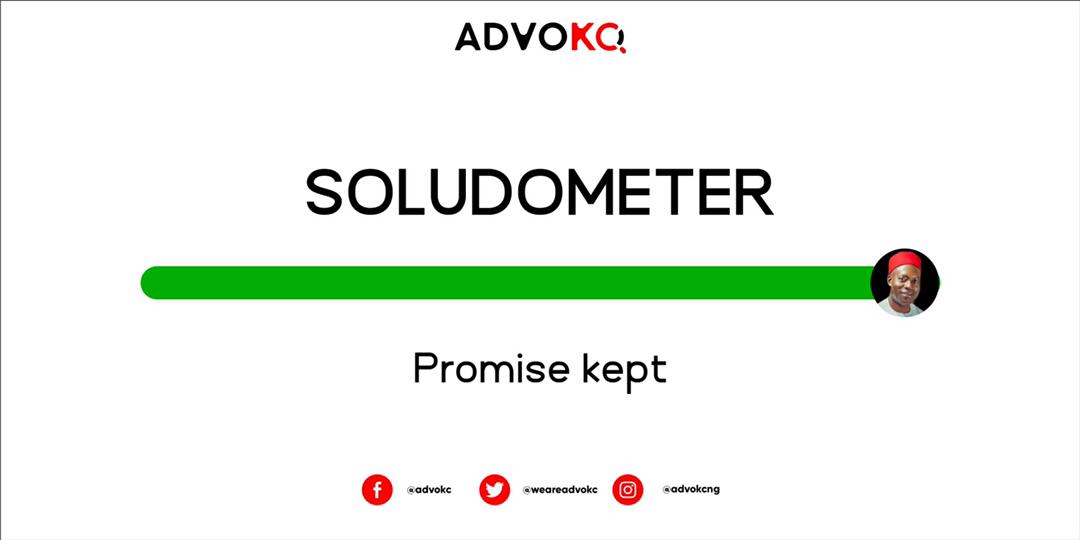 Soludo declares state of emergency on roads, to spend N52bn on reconstruction

Promise: We'll declare a state of emergency on roads

In a debate organized by Arise TV, Prof. Charles Soludo promised to declare a state of emergency on road when he becomes the governor.

Anambra State Governor, Charles Chukwuma Soludo, on Wednesday, 4th May 2022 declared a state of emergency on some of the bad roads in Anambra to aid better transportation across the state.

The governor reiterated the declaration during the presentation of the revised 2022 budget to the Anambra State House of Assembly.

Promise: We'll declare a state of emergency on roads

In his address, the governor stated that the size of the revised budget is about N170bn compared to the former N142bn. The capital expenditure was increased from 57-64% which caused an increase from N81bn to N108bn. Other aspects of the budget like security were left unchanged.

The Governor announced the progress of some of the promises in his manifesto as recorded in the Soludometer. Addressing the members of the house of assembly, the governor spoke in detail about the priority of his administration, and the renewed efforts towards making the set goals a reality.

In his words, “As a reflection of our agenda, 60% of the capital expenditure is targeted at delivering infrastructure that the average citizen can feel, see, use or touch and which have the highest developmental impact within the shortest possible time.

“For example, we have declared a state of emergency on rebuilding our road infrastructure and traffic management. About N52bn or about 31% of the total budget is for the Ministry of Works and Infrastructure and we intend to simultaneously invest in roads in most of the local governments, paying special attention to our urban regeneration agenda.”

He stated that an appeal has been made to the Federal Government to intervene on the road projects on the basis of an emergency. But if they failed to do so, the state would implement its resources to revamp the roads at places like Amansea, Ekwuluobia-Igboukwu-Nnobi road, Ogidi and other places where the roads are literally cutting off.

Having declared a state of emergency on Anambra roads, works are expected to make reasonable progress soon. We rate this, Promise kept