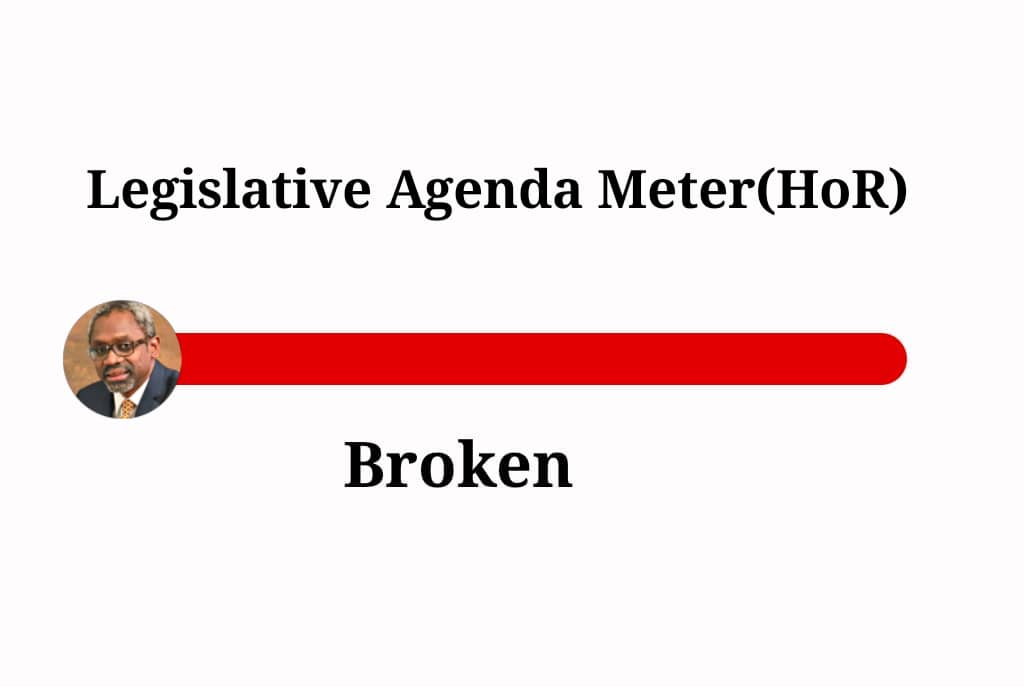 Despite Fiscal Imbalances and Poor Public Accountability, Gbajabiamila-led HoR is yet to amend the Fiscal Responsibility Act 2007 as Promised

Promise: Initiate amendment of the Fiscal Responsibility Act (FRA), 2007, to require revenue-generating agencies (MDAs) to deposit at least 80% of their revenue into the Consolidated Revenue Funds (CRF) instead of their operating surplus which they arbitrarily determine.

Despite the promises made in the House of Representatives (HOR) legislative agenda document to promote accountability and improve the economy, the Gbajabiamila-led HOR is yet to make any progress in the amendment of the Fiscal Responsibility Act, an act introduced to address financial indiscipline and poor public accountability among public officials.

The first significant move in initiating the amendment came in July 2019 through the introduction of the Fiscal Responsibility Act (amendment) Bill, 2019 by Hon. Simon Davou Mwadkwon from Plateau State. Since the bill passed its first reading on 10 July 2019, it has been stalled, failing to proceed to the second reading. Although, it was consolidated with House Bill 331, HB 442, HB 506, and 773 which were sponsored by Hon. Odebunmi Olusegun, Hon. James Abiodun Faleke, Hon. Manu Soro Masur and Hon. Mzondu Benjamin respectively on 16 March 2021. No major progress has been recorded as six other legislators have sponsored the same bill on the floor of the house all currently stalled at the first reading.

With the amendment, the house of representatives aimed to ensure the deposit of at least 80% of the revenue from revenue-generating agencies (and MDAs) into the consolidated revenue funds (CRF). This amendment is important as more government MDAs have continued to siphon funds without remitting to the government's coffers. However, another bureaucratic process and unwillingness among the lawmakers have affected the quick amendment and passage of such an important bill.

Furthermore, a member of the house of representatives, Hon. Sergious Ogun raised concern over the non-compliance with the provisions of the Fiscal Responsibility Act, 2007. While the FRA stipulates that the MDAs budget must be reviewed every three months but many of the MDAs flaunt this section by not presenting their report to the committee in charge.

According to Sen. Solomon Adeola, the chairman of the Senate committee on finance, most of the agencies abused the concept of operating surpluses to shortchange government, by relying on ministerial circulars instead of the nations’ constitution and the FRS 2007 passed by the National Assembly. It was further revealed that between 2014-2020, 60 government-owned enterprises failed to remit a total of N3trn contrary to the provisions of the FRA.

With the increasing debt and borrowing exceeding the threshold set by the FRA, Sen. Adeola noted that “If these revenues are paid to the CRF for proper appropriation by the parliament during budget considerations, we would have been using them to reduce dramatically the size of our deficit and hopefully minimize our borrowing.”

Separately, an amendment of the Fiscal Responsibility Act 2007 through the Finance Bill 2021 currently pending at the National Assembly proposes that to enable the government to “start borrowing for critical reforms of significant national impact,” a move which has since been petitioned by a civil society organization.

With the Fiscal Responsibility Act 2017 yet to be amended, and the lack of significant progress on the bill on the floor of the house after the set deadline. We rate this Promise Broken.